While the cries over the addition of Value Added Tax (VAT) on private education continue to permeate the air, Finance Minister Winston Jordan said the move has nothing to do with targeting institutions but broadening the country’s tax base.

The move has been deemed an unfair one by parents of students attending private institutions, but Jordan said those very institutions could work out a system to assist poor students with the increases.
He said there was no link between the imposition of the 14 per cent tax and the non-cooperation of private schools to pay their share of taxes. The rationale behind the tax on private tuition, however, is founded on the need to broaden the country’s tax base, and to help fund the country’s expenditure shortfall seen in the 2017 $250 billion budget.
According to the unmoved Jordan, Government is committed to the education of all Guyanese, whether it is accessed privately or from the public schools. However, for the poor students attending private institutions, parents could approach the school or the school, the parents, so that a system could be worked out to lessen the burden the tax measure may place upon them. 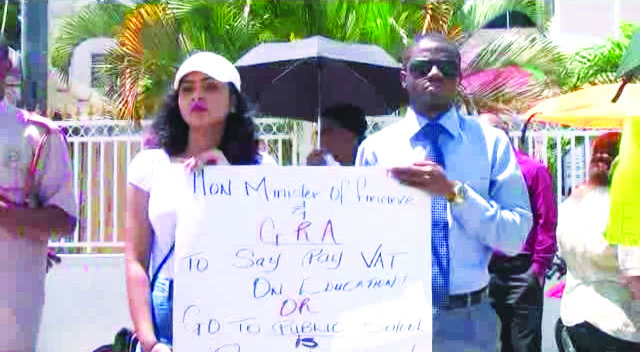 “There is the argument that a number of poor children attend these private schools…let’s say it holds water…I ask my question…should that then be a basis of removing tax or should we find a creative way of getting around that?… Schools could isolate those poor students and work with the parents and say, ‘I know you are poor and you are paying with your ($100 and $20) maybe you carry X per cent of it and we will carry the Y bulk per cent of it’, or they can carry all,” Jordan said.

Win-win
He noted that the measure was not a burden for the schools. According to him, it’s a “win-win for everybody” except for those who have been avoiding paying their taxes.
According to the Finance Minister, to remove a tax – which Government had carefully thought out and which will bring income in excess of $350 million – is to request that the Administration look at other areas at a time when it has already indicated that it will be borrowing some $38 billion to cushion the economy.
“It’s not that we have a fully financed budget from our taxes …either we upturn our economic programme which will have effects or we continue on this path and do whatever adjustments we will require so we can all co-exist,” he said.
Jordan revealed that of the private schools operating in Guyana, 57 per cent are currently registered with the Guyana Revenue Agency (GRA), 20 per cent of those schools are recognised by the Education Ministry and 10 per cent of those institutions are not-for-profit organisations, while 14 per cent are registered as profit-making organisations. He noted also that 26 per cent of those institutions were registered for and were already applying the VAT for some services and sale of zero rated items. Jordan said both categories of registrants provide educational services at competitive rates, and tuition fees range between $144,000 and $300,000. In many cases, he said, the fees payable to the schools exceed those charged by the University of Guyana.
According to Jordan, prior to the 2017 budget, educational services enjoyed zero-rated status, which enabled the institutions registered being refunded over $150 million in VAT. This tax, he said, was already being charged to the users of these services, thereby allowing the institutions to benefit, since the refunds were not passed on to the students in reduced fees.
Meanwhile, the GRA will be moving swiftly, targeting the more than 40 private schools that remain non-compliant, many for as long as 2012. GRA Commissioner General Godfrey Statia said the revenue body has looked at the schools and has since been demanding their returns.

Protest
Jordan said he was unaware of the tax status of the private schools until his team began the process. Since the announcement of VAT on school fees, stakeholders have come out condemning the move, with many parents crying out against the additional burden placed on them.
In fact, persons took to outside the GRA Office on Camp Street, Georgetown calling for the removal of the 14 per cent tax on private education.
Organiser of the protest, businessman Roshan Khan stated that while expecting a larger crowd, he was not fazed by the comparatively low turnout. Khan demanded that the Government immediately reverse the VAT charge on education and issue an apology to the country. Other persons on the picket line had similar cries and called on the Administration to act swiftly to reverse the measures. 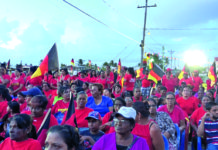 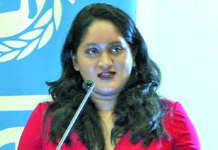 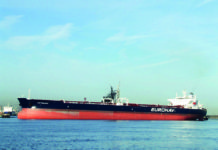