As the number of Venezuelan migrants crossing the borders to enter Guyana continues to increase, the Civil Defence Commission (CDC) has been trying to render assistance in the form of food supplies to those seeking refuge.
Over the past few days, the Commission said it visited some of the highly populated areas, including the communities of Black Water, White Water, Khan’s Hill, Yarakita, and Jausha Landing in Region One (Barima-Waini).
Hundreds of thousands in items were donated to the smiling migrants who were more than happy to collect the food supplies for their younger ones who they brought with them.
The Venezuelans, who are living under benab-like structures, had been promised a proper roof over their heads by Citizenship Minister Winston Felix.
Last August during the fifth multi-agency coordinating committee meeting, held at the Citizenship Ministry, it was announced that a plot of land in Mabaruma, Region One, has been identified for the establishment of a homestead settlement area or Humanitarian Centre for the registered Venezuelans, who are currently occupying sections in the said region.
According to the Minister, the land has been identified due to collaborative effort between the Mayor and Town Council of Mabaruma and his Ministry.
Felix back then had said the resettlement area was privately owned and that the Government will initiate efforts to determine what arrangements can be put in place to acquire the land for the establishment of the centre.
The Ministry of the Presidency said in a statement that the Minister also said while this process is being undertaken, he has tasked the regional administration to set up a regional coordinating sub-committee, which can take charge of the situation on the ground even as the agencies on the national committee continue to lend the necessary assistance to those in the region.
More recently, the Minister at the National Multisectoral Coordinating Committee informed that a special committee is being set up to explore the option of transforming the Papaya Centre, located in Barima-Waini, Region One, into a facility for migrants; noting that “the greater the inflow of migrants, the more pressed we will be to find space”.
Additionally, the International Organisation for Migration (IOM) will be seeking permission from the relevant authorities to renovate an abandoned hostel at Kumaka, Region One, to house migrants, particularly since this is a region where the inflow is greater.
To date, there are 5863 documented Venezuelan migrants in Guyana. 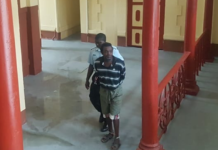 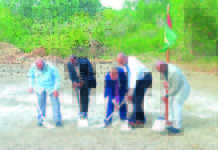 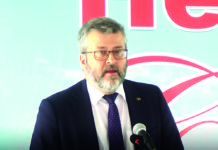