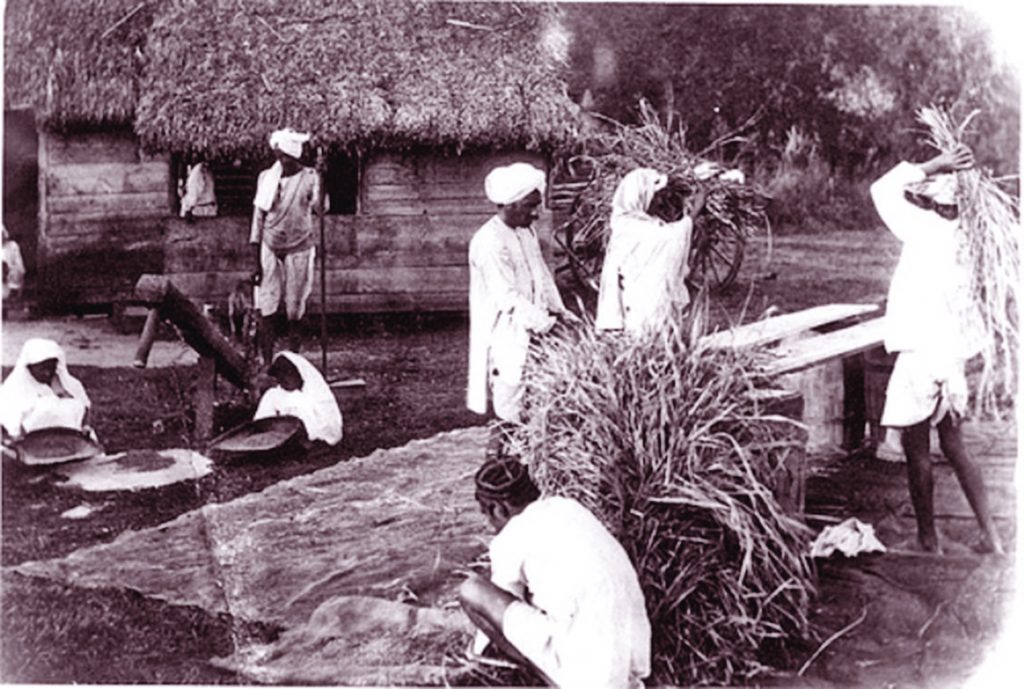 Guyanese, will on Sunday, May 5, 2019 observe East Indian Arrival Day ; an occasion commemorating the 181st anniversary of their arrival, bringing with them their ancient customs, food and culture from India. Under a system of agreement, an order in the Council of Britain was passed on July 12, 1838 making provision for indentured immigrants to travel to Guyana for a term of five years.

On January 13, 1838 the Whitby left the shores of India with 249 immigrants on board and arrived in Guyana on the 5th May 1838 after a voyage of 112 days. Five immigrants died during the voyage. The Whitby proceeded first to Berbice and landed 164 passengers at Hilbury, East Bank Berbice, nearly 12 miles from New Amsterdam.
East of the capital, the same day it returned to Vreed-en-hoop, West Demerara and landed 80 passengers. Out of the 244 immigrants that came with the Whitby they were 233 men, 5 women and 6 children. The first man to step on shore in Berbice was Anant Ram while in Demerara the first man to disembark was Nutha Khan.
On January 29, 1838, the Hesperus sailed from Calcutta sixteen days later than the Whitby, with 165 persons on board. It arrived at Port Georgetown on the night of May 5th 1838, 13 immigrants died during the voyage including two persons who fell over-board. Out of the 152 immigrants that came on board the Hesperus, were 135 men, 6 women and 11 children. 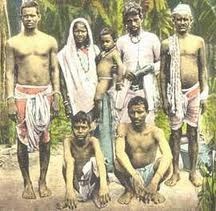 On January 26, 1845 ‘Lord Hunger’ left Calcutta with 162 passengers on board, the ship arrived in Georgetown on May 4, 1845, and ten persons died on the way. Next ship was the ‘Success’, which arrived on July 21, 1845 with 231 passengers, 14 died on the way. Next was the ‘Nester’, which arrived on December 26, 1845 with 233 persons and brought 500 bags of rice.
On February 2, 1846 ‘Manchester’ then the ‘Thetis’ followed by the ‘Tamerlane’ the ‘Martin Luther’ and ‘Troy” in succession, then the ‘John Wickliffe’, the ‘Bussorary Merchant’, the ‘Aurora’, ‘Lady Mekennaway’ and lastly the ‘SS Ganges’, which docked in Georgetown on April 18, 1917.
Bringing that period, 79 years- 238,979 indentured labourers journeyed from India to Guyana to work under colonial administration. They were distributed to various locations on the coastland of Guyana.
The plantation system and conditions were not favourable at all. The immigrants worked from sunrise to sunset and were so poorly paid that they were just able to exist. They slaved and provided luxurious living for their masters. They brought with them a rich culture and heritage together with a language.
The indentured immigrants were disciplined and found satisfaction in honest and productive work. They were kind, hospitable and generous and they lived contented lives. They made tremendous sacrifices so that their descendants would be able to enjoy a better standard of living.
The foremost characteristic of the struggle of the East Indian immigrants against indenture and plantation system was their unity. Their unity had been forged on shipboard. Those who came on the same ship were considered as ship brothers and sisters-“Jahaji”.
A further contributing factor to unity was that everyone came with an inter-faith mind of mainly Hindus and Muslims and there was also a belief that the caste system has been lost through the crossing of ‘Kaala’ Pani (Black Water). Through the years the community spirit has manifested itself in various situations-forming groups singing Ramayan, Bhajanas reading of the Holy Quran and observing the various festivals and holi days etc.
The plantation owners and the colonial administration feared the unity of the workers and used several techniques to destroy it. By January 1830, there was evidence that the Indian labourers were being mistreated. Far more significant were the uprisings, which frequently led to tragic deaths of immigrant workers protesting illegal wages, bad conditions and the exploitation of their women.
There were eight main disturbances on sugar plantations leading to shooting by colonial police from Devonshire Castle in 1872 to 1948 at Enmore. At Vreed-en-hoop, West Bank Demerara an English nurse Betsy Ann testified that she had witnessed the flogging of immigrants with the cat-o-nine tails, and another woman Elizabeth Caesar witnessed the flogging of immigrants under the manager’s house after which, salt pickle was rubbed on to their backs.
Figures show that one out of every five immigrants was brought before the courts; not for offences of a criminal nature but for resistance to a plantation system, which was supported by the judiciary and colonial administration.
There were no trade unions until recent times.
The East Indians have contributed in a significant way to build Guyana’s economic and social structures. It was indeed the unity of principle and action among East Indians that brought overwhelming success to our dear land of Guyana. (Adapted from an article by Shan Razak; 2013 Guyana Times newspaper)

Origin of indentureship
Most of us know that ‘Arrival Day’ is about the ‘arrival’ of ‘indentured servants’ to labour on the sugar plantations after the abolition of slavery – first the Portuguese (1935), West Indian Africans (1835), Indians (1838), and, finally, the Chinese (1853).
But exactly what is an ‘indentured servant’? It is actually one of a series of arrangements in which individuals were pressured by various devices – which were enacted into ‘law’ – to provide their labour under controlled and specified conditions.
‘Indentured labour’ was but one of various guises under which individuals across the globe were conscripted to provide labour in the development of the ‘capitalist’ mode of production that developed as Europe began to exploit the worlds it had ‘discovered’ – and more germanely, conquered – after 1492. There were indentured labourers from Europe starting from the 17th century long before the Indians from India.

Indian indentureship
In India, which the British East India Company conquered between 1657 and 1818, the British passed laws that changed the rules on land taxes and crops that should be cultivated. Consequently, millions died from famine and pushed off the land to become the excess labour that could be exported to other parts of the empire as needed.
Under the new racism, Indians were also lower intrinsically to whites. Indentured Indian labour was first used within India in the tea plantations of Assam, and then to the newly acquired French islands of Reunion and Mauritius.
After the abolition of African slavery in the British Empire in 1834, rather than moving to ‘free labour’, as was promised, they introduced ‘unfree’ indentured labour by law. The contracts of the indentureds were structured to keep them bound to their employer so that if they were not in the fields, they had to be either in jail or hospital. Infractions of their contract were subjected to criminal penalties, and these were applied liberally.
In Fiji, the descendants of the Indian indentureds call themselves ‘GIRMITIYA’ – people of the agreement by which they were bound to the new world.
The indenture contracts formed a partnership between the traveller and the ‘master’ to exchange years of service for a promise of future compensation like acres of land, livestock, clothing, room and boarding during the time of service. The terms of this contract were between servant Patrick Larkin and Master Thomas Blood.

The Indian Indenture contract
Below is an example from Mauritius of the indenture contract that Indians were made to sign before embarking on the ship for the colonies at the beginning of indentureship. The terms were to be copied by all the countries such as Guyana and Trinidad, which received indentured labour later. 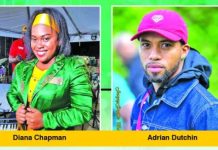 14 to compete for Soca Monarch title 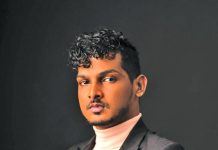 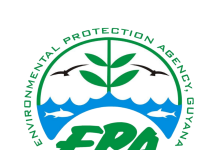 41 “died at hands of Police” under APNU/AFC regime – Nandlall...