The Guyana Hindu Dharmic Sabha (GHDS) on Monday hosted its annual Holi Utsav, attracting scores of families and friends to the celebration of the Festival of Colours.

The Everest Cricket Ground was engulfed in a kaleidoscope of bright colours as hundreds participated in the playing of Phagwah.

The event, which has been in existence for over 40 years, continues to unite a wide cross-section of citizens from different parts of Guyana as well as foreign enthusiasts captured by the collision of culture highlighted in the celebrations. It provided the perfect opportunity for Hindu brothers and sisters as well as persons of various religious and ethnic backgrounds to partake in the smearing of bright shades of powder and liquid in commemoration of the festival of Holi. Persons in attendance quickly became unrecognisable as they went around in their numbers greeting and wishing each other a Happy Holi.

GHDS President, Dr Vindhya Persaud expressed delight in the longstanding tradition that is Holi Utsav. She noted that the event continued to grow, from starting out at a residence, before moving to the Kendra compound and now to a national cricket ground. Dr Vindhya further highlighted that Holi Utsav was a showcase of cultural entertainment which promotes unity and diversity.

Accompanying her was GHDS Vice President Pandit Jagmohan Persaud, who told Guyana Times that the Sabha was devoted to the maintaining of longstanding traditions which were inherited through the generations. Pandit Persaud also praised former Agriculture Minister, the late Reepu Daman Persaud for taking the celebrations of Phagwah out of the precinct of a temple and into a public space, giving birth to Holi Utsav.

The Indian High Commissioner to Guyana, Venkatachalam Mahalingam was also in attendance at the gathering. Ambassador Mahalingam pointed out that the Phagwah celebrations at Everest on Monday and across Guyana were not much different from those in India. He indicated that “people who have migrated from India to other places try to preserve their culture in a more intense way”. He further noted, “Joining together in a particular public place is fantastic which generally doesn’t happen in Indian.”

The High Commissioner told this newspaper that he enjoyed Phagwah so much that he joined in on the celebrations on Sunday at the India Cultural Centre as well as the Dharmic Sabha’s initiative on Monday.

The gathering at the Everest Cricket Ground was more than just games of powder and water. The fun and frolic allowed many to share in the festive culture of Holi which promoted unity among the multicultural, multiethnic populace which already exists. The Sabha was pleased to present an occasion which honours its traditions in a civil and sober manner while adding to the development of the nation.

Meanwhile, a joyous atmosphere was created on Monday in Region Two (Pomeroon-Supenaam) as hundreds converged at the Anna Regina Community Centre Ground to celebrate the Festival of Colours. The annual Phagwah Mela was organised by the Sabha’s Essequibo Praant in collaboration with overseas-based Guyanese Permaul Singh.

The explosion of colours, which emerged from the mixed crowd, transformed the environs into another kaleidoscope of colours that saw participation from all ethnicities.

The dance troupes, with classical dances, caught the crowd’s attention with their creative costumes. The traditional dances certainly had the crowd lively.

Essequibo Praant President Kaydar Persaud said that indeed it was a joyous occasion for the Praant. Persaud added that he was happy that Hindus understood the significance of the festival.

He reminded Essequibians to apply the colours of peace, happiness and prosperity during Holi. Persaud said the festival fostered unity and absolute equality among everyone.

Many persons were seen in their respective mandirs before they ventured to the Anna Regina Centre Ground. During the day, persons were seen on trucks drenching each other, having a fun time. Children also had a fun time during the season. (Ashraf Dabi and Indrawattie Natram) 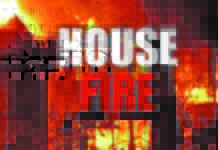 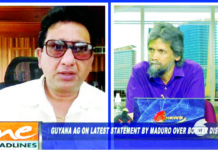 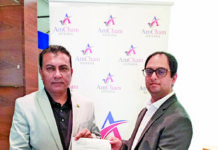