Former Speaker of the National Assembly, Ralph Ramkarran, SC on Sunday heaped criticisms on Minister of Finance, Winston Jordan, over his “unusual” outburst at Auditor General, Deodat Sharma, whose final audit report for 2015 was critical of government and in the process gave the Finance Minister a lesson on the independence of the Audit Office.

Jordan had argued that Sharma’s opinion that certain government expenditures did not qualify as emergencies and so were not properly charged to the Contingencies Fund was an act of the Auditor General overstepping his constitutional boundary.
Jordan had argued that Sharma has no authority under the Fiscal Management and Accountability Act to pronounce on whether expenditure qualifies as ‘urgent, unavoidable and unforeseen’, since it is the Minister of Finance who is empowered to make that determination. Jordan had also claimed that previously, Sharma’s reports were sent to the Finance Ministry for editing before it was handed over to Parliament.
Sharma categorically rejected these assertions and made it known to the minister he was given the opportunity to edit the Auditor General’s Report but that such a facility has been withdrawn. The Auditor General rejected the minister’s assertions.
Weighing on the recent “unusual” outburst, Ramkarran who served as House Speaker more than 10 years, made it clear that the minister was out of order.
“The executive should not publicly chastise or question decisions of independent, constitutional office holders except within official channels,” Ramkarran wrote on his weekly Blog, The Conversation Tree.

Constitutional mandate
He explained that while the National Assembly gives the Government authority to spend from the Consolidated Fund after a budget in instances of ‘urgent, unavoidable and unforeseen’ with subsequent parliamentary approval,  the Auditor General, likewise, has a constitutional mandate to scrutinise these spending.
“The Auditor General is required by the Constitution to audit the public accounts of Guyana, which includes the Contingencies Fund, and he shall not be subject to the direction or control of any person,” Ramkarran explained.
Ramkarran in defence of Sharma said that the Auditor General is not to be confined to being a mere bookkeeper for the government; and if he found that the Minister dipped into the Contingencies Fund for any expenditure, he is obliged to examine the use of the Contingencies Fund to ascertain whether such use complies with the statutory requirements of being for ‘urgent, unavoidable or unforeseen purposes’.
“Where in the world would a constitutionally mandated Auditor General consider himself or herself to be so statutorily circumscribed that he or she would preclude himself or herself from giving an opinion on the use or misuse of a fund that he or she is required to audit?” Ramkarran wondered.

Institutional mechanism
The former Speaker noted that there are institutional mechanisms that are available to the minister if he disagrees with the Auditor General, pointing to the Public Accounts Committee of Parliament which examines the report, a forum at which the minister can raise his objections to the AG’s findings.
He however pointed out that while the Auditor General may take note of the minister’s objection, “his master is not the National Assembly, but the Constitution, as interpreted by the courts, for good reason.” There is also the legal option, Ramkarran said, explaining that Jordan can apply to the court for Writs of Certiorari and Prohibition, where the court will consider whether the Auditor General exceeded his powers. And if it is proven that he did then the court can effectively quash the Auditor General’s decision and prohibit him from doing it again.
The legal luminary explained that Guyana follows the Western liberal, democratic, tradition of separation of powers. Separation between executive and legislature, he said, can be nominal under Westminster constitutions, where the executive sits in the Parliament, or subversion can reduce the independence of the judiciary and other constitution office holders.
He said to maintain and strengthen that independence, relations between Government and Constitution Office holders must be professionally structured, however such niceties did not engage previous administrations, leaving very little or no precedent for the current government to follow. Ramkarran reminded Jordan that some of Sharma’s reports were critical of the past governments while they were in office but “they, wisely, never publicly confronted him.”
He suggested that criteria, capable of growing into conventions, need to be developed to deal with Government relations with constitutional office holders.

Financial abuse
Sharma, in the 2015 Auditor General Report which was laid in the National Assembly on October 13, 2016, pointed out abuse of the Contingencies Fund by the Government.
Sharma said that during the period under review, amounts totalling $799 million were drawn from the Fund, by way of 24 advances. He said that it was disappointing to note that the advances continued to be granted, even though they did not meet the required criteria.
He also pointed to a drastic increase in overpayments, a failure to adequately expend allotted funds and repeated breaches of the financial laws and regulations by the A Partnership for National Unity/Alliance For Change (APNU/AFC) Government.
These very concerns were highlighted in previous years’ reports by Sharma, under the People’s Progressive Party/Civic, but not many were implemented under that government and the trend continues under the APNU/AFC Administration which won last year’s National elections on a transparency and accountability ticket. 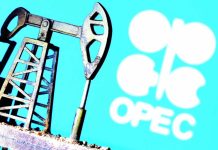 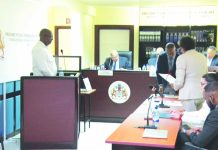 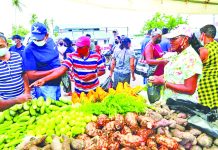