Reacting to Ralph Ramkarran’s column in the Stabroek News, “The PPP supports term limits and will support a referendum, if necessary”, a long-standing member of the People’s Progressive Party stated very strongly that Ramkarran was consumed by bitterness against Bharrat Jagdeo and allowed this to cloud his judgement when he made his “irrational” assertion about “term limits”.

The seasoned PPP member, who has known Ramkarran for years, said, “Ralph was always very bitter against other leaders because he has always felt he had a God-given right to be the President of Guyana. His whole campaign against what 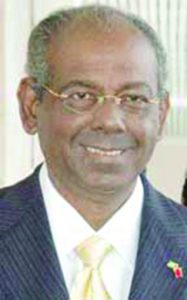 he calls “the third term case” is based on the possibility that Jagdeo might return. But he refuses to accept that he burnt his bridges when he refused to become a Minister. Cheddi and the rest of the party hierarchy felt Ralph’s choice to continue in his legal practice because of the low salaries of Ministers then, revealed his true nature. Ask Nagamootoo.”

Since I have been in the Party, it was dominated by some old-timers like Ralph and the other one who refuse to accept that they have become irrelevant. Look at Ramkarran – he can only try to be relevant by columns and letters in the press. It’s amazing after he and some others left the Party they are now full of advice about what is “good” for the Party. Why can’t he look past his own ambitions and stop fighting what is basically an “old people’s amendment”, since they can’t walk, much less run again?”

The PPP insider said that while there was no single reason why the PPP lost its majority in 2011 and 2015, one of the major reasons was because the old guard refused to accept that their days were long past. “Look at Ralph’s seeking to legitimise his own vendetta against the possibility that the people may prefer Jagdeo once again by raising [former Presidents Desmond] Hoyte, Cheddi [Jagan] and Janet [Jagan] from the dead. First of all, I don’t know how he could be a “Jaganite” and yet include Hoyte as an exemplar of democratic choice when Hoyte rigged his 1985 elections by a bigger margin than even Burnham ever attempted. Hoyte would have gone for life if the Cold War didn’t end and he was forced to step down. Why would Janet agree to a change that would prevent her – as a registered citizen – from running?

“Cde Cheddi died long before the 1999-2000 constitutional changes were made. How could he agree to term limits? And if we look at Cheddi’s career, we see that leaders have to be aware of the context in which they are operating. He was head of government between 1957-1961; 1961-1964; and yet when the opportunity presented itself with free and fair elections in 1992, he went for a third term. It’s obvious he felt that the context was right for him to lead the Party into Government.”

The PPP member then went on to suggest that even though Cheddi Jagan was deemed “unsuitable” by external forces during the 28 years the PPP was out of power between 196 and 1992, he did not step down to allow other leaders who may have been acceptable to those forces. “It is the people who should determine who leads them and they should be allowed to make that choice. That is the essential point made in the case that was just affirmed by the Chancellor. But Ralph is petrified. Why?”

He pointed to another quote from Ramkarran’s article: “The unlimited right to hold the position of head of government will inevitably lead to authoritarianism and corruption.” He shook his head sadly as he asked, “Now, what kind of nonsense is this? He must be referring to Forbes Burnham, who rigged elections and was prepared to be dictator for life. But we are now talking about a Guyana with free and fair elections –- whoever becomes president will be elected by the people of Guyana.

“Unless, of course, those in power start rigging again. And because of his venom against Jagdeo, Ralph never writes about this clear and present danger. He should worry about another old man – Granger – rigging himself as a dictator for life like his hero Burnham. But he only has Jagdeo on his mind. Sad.”

Government had filed an appeal against the Chief Justice (ag) Ian Chang’s ruling, but the Court of Appeal recently upheld that the term limit was unconstitutional.

Justice Chang’s ruling was appealed by then Speaker of the National Assembly, Raphael Trotman and current Attorney General Basil Williams. The constitutional challenge case was brought by Georgetown resident Cedric Richardson in February 2015, and sought the court’s interpretation of the National Assembly’s changes to Article 90 as it related to four restraints on the freedom of choice by citizens at national elections. As adumbrated by Justice Chang, “The purported alteration of Article 90 by Act No 17 of 2001, in substance and effect, undoubtedly diminishes the democratic rights of the electorate in electing a person of their own choice as President, by excluding from presidential candidature:

Citizens of Guyana not resident in Guyana on Nomination Day

Citizens of Guyana by registration

Citizens of Guyana who have served for two terms as President.

The ruling ultimately means that an amendment to the Constitution, which was enacted when the National Assembly altered Article 90 via a two-thirds vote in 2000, needs a referendum to make a final decision, since to proceed otherwise would be for the National Assembly to deny the citizens of Guyana an inalienable right.

Attorney General Williams has said he will appeal that ruling in the Caribbean Court of Justice, and has 30 days to do so. 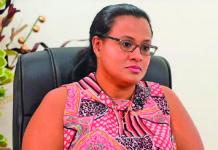 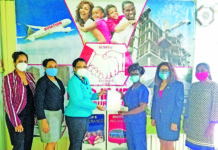 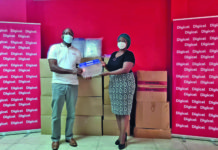 Digicel donates over $8M worth of masks, face shields for students sitting CSEC