State Minister Joseph Harmon says he will not give up his foreign citizenship for now but will continue to serve as a Member of Parliament (MP) until the ruling by Caribbean Court of Justice (CCJ).

Harmon, during a post cabinet press briefing, maintained that he is not illegal, and that all government parliamentarians with dual citizenship will return to the National Assembly at the next sitting which is scheduled for April 11.

“I will say that this matter is still engaging the attention and Cabinet has not made a ruling on it. In that regard, it is contemplated that on April 11th, 2019 when the National Assembly sits, that all the members of the Government side will be there,” Harmon said.

Article 155 (1) of the Constitution of Guyana states that “No person shall be qualified for election as a member of the National Assembly who (a) is, by virtue of his own act, under any acknowledgement of allegiance, obedience or adherence to a foreign power or state.”

Chief Justice Roxane George-Wiltshire, in her rulings earlier this year, also made it clear that by swearing allegiance to another State, a dual citizen is not qualified to be elected to serve in the National Assembly.

This ruling was upheld by the Court of Appeal.

More details in the Saturday, March 30, 2019 edition of the Guyana Times. 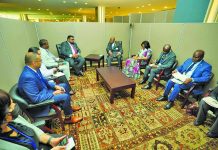 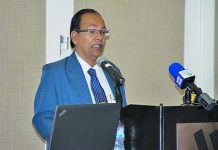 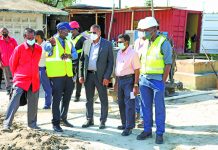 $152M Lusignan well to provide 4000 residents with water when completed

$152M Lusignan well to provide 4000 residents with water when completed