Story and Photos by Brandon Corlette

United We Stand top cyclist Briton John has won the first stage of the Independence three-stage Cycle Road Race from Corriverton to New Amsterdam, a distance of 45 and one-half miles; while the stylish overseas-based Raynauth “Obeah Man” Jeffery went for glory when he claimed the second stage: a gruelling 65-mile journey from Rosignol to Georgetown yesterday.

How Briton took stage one
Conditions were overcast as cyclists assembled outside the Corriverton Police Station for the start of this race of attrition. The returning Raynauth “Obeah Man” Jeffery attacked early in the race as cyclists battled through the storm and muddy Corentyne roadway, but that was neutralised early.

Despite numerous attacks, the peloton stayed together while passing through the Albion area, but several riders were marking the dangerous Jamual John. Hodge, who on Sunday last was involved in an accident that broke his bicycle, led the way. He was followed by four chasers in Briton John, DeNobrega, Michael Anthony and Jamual John.
Anthony was dropped after he crossed the Canje Bridge, while Briton took the inside and sprinted away from Jamual and DeNobrega at Princess Elizabeth Road (in front of the Berbice High School). Briton then overtook Hodge to claim victory, while DeNobrega finished ahead of Jamual John. The first stage commenced at 7:37h and finished at 9:25h.

Jeffery wins second stage
Earlier, United We Stand riders controlled the peloton, while the four leaders made an early attack at Rosignol. Junior Niles, Jeffery, Ralph Williams and Curtis Dey led the way throughout the West Berbice area. Alex Mendes and Jeffery extended dominance, leading the second stage for the most part, while Briton, Jamual who suffered a flat tire earlier, and Christopher Griffith then reached the leaders at the Mahaica Bridge.

It quickly became 11 leaders at Bachelor’s Adventure on the East Coast of Demerara. Griffith then took a 100- metre lead from the 11-man group. That large group passed the roundabout at the same time, but Jeffery took the final sprint and he finished ahead of Jamual (second), DeNobrega (third), Briton (fourth) and Alex Mendes (fifth).
The final stage of this race is set for today (Sunday May 16). It commences at Linden at 8:00h and will end at Thirst Park, the industrial complex of Banks DIH Limited. 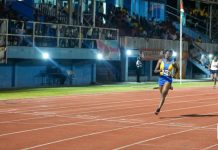 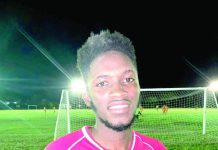 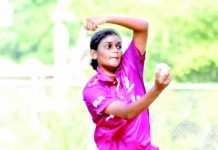