After reports of some five sugar workers at Wales Estate, West Bank Demerara, being denied payment of the Annual Production Incentive (API), this publication has been informed that the workers are expected to be paid this Friday.
The non-payment was a result of the sugar workers supposedly failing to meet the requirements.

Guyana Times was told on Monday that the error was a “clerical” one. It was also revealed that an investigation conducted by management determined that the five workers were indeed entitled to the API.
It has been explained that workers who receive the Holiday with Pay (HWP) incentive are also entitled to receive the API. According to what was reported, records had shown these sugar workers had previously received HWP. However, the number of times the factory workers received HWP was not disclosed.
After months of deliberations between the Guyana Agricultural and General Workers Union (GAWU) and the Guyana Sugar Corporation (GuySuCo), sugar workers at the Demerara and Berbice Estates received their 2015 API last Friday, weeks after negotiations were declared deadlocked.
It was on Saturday that  Guyana Times revealed that the five workers at Wales attached to the factory were denied their API payments. It was an official close to the Estate who had disclosed that these workers did not meet the criteria which the Sugar Corporation had set out. This newspaper also reported that GAWU and Estate officials would launch an investigation into the non-payment.
GAWU has been in discussions with the Sugar Corporation since November last year on the API payments. While workers were initially promised their API in December this was postponed to March 2016, to facilitate discussions between GuySuCo and GAWU.
In a release, the Union described the April 1 payout of 2.72 days’ pay for the API as “insignificant” and said it vehemently opposed such an “unjust” payment.  The Union had said that during the meetings GuySuCo took an uncompromising stand on its proposal to award a day’s pay as API for every 85,000 tonnes of sugar produced.
Over the last several months, GAWU has engaged sugar workers in a series of strike action to advocate for an increase in the API, an increase in 2015 wages and to stand in solidarity against the proposed closure of Wales Estate.
So far, the Sugar Corporation has not budged since the 2015 API remained the same and there was no increase in wages. 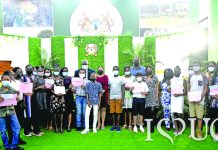 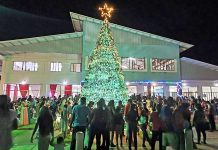 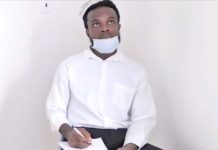